Anatomical review of the brain and Clinical application in Psychiatry

Introduction:
Human thoughts, feelings, and actions begin in the central nervous system. The brain acts as the primary mediator- organ, controlling and determining how people interact with the world. All human responses are the result of the complex interaction between underlying neuroanatomy and neurophysiology, as well as genetic, environmental and development factors. 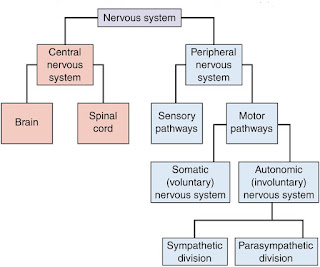 The nervous system is your body's decision and communication center. The central nervous system (CNS) is made of the brain and the spinal cord and the peripheral nervous system (PNS) is made of nerves. Together they control every part of your daily life, from breathing and blinking to helping you memorize facts for a test. Nerves reach from your brain to your face, ears, eyes, nose, and spinal cord... and from the spinal cord to the rest of your body. Sensory nerves gather information from the environment; send that information to the spinal cord, which then speed the message to the brain. The brain then makes sense of that message and fires offa response. Motor neurons deliver the instructions from the brain to the rest of your body. The spinal cord, made of a bundle of nerves running up and down the spine, is similar to a superhighway, speeding messages to and from the brain at every second.
Brain 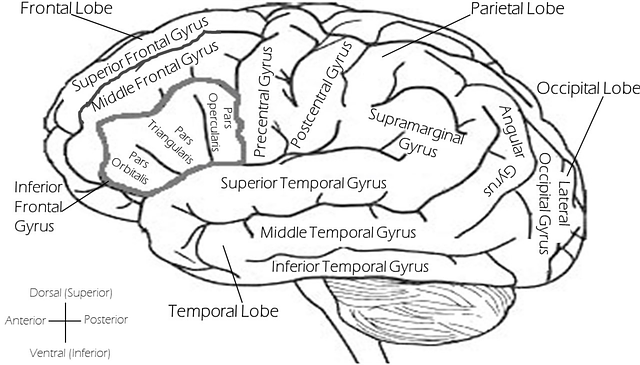 Limbic midbrain nuclei
·         This is a collection of neurons that appear to play a role in the biologic basis of addiction.
·         Sometimes referred to as the pleasure or reward center of the brain.
·         The main function is to reinforce chemically certain behavior, ensuring their repetition.
Brain stem
Brainstem is the posterior part of the brain, adjoining and structurally continuous with the spinal cord.
The brain stem provides the main motor and sensory innervation to the face and neck via the cranial nerves. This is an extremely important part of the brain as the nerve connections of the motor and sensory systems from the main part of the brain to the rest of the body pass through the brain stem.
This includes the corticospinal tract (motor), the posterior column-medial lemniscus pathway (fine touch, vibration sensation and proprioception) and the spinothalamic tract (pain, temperature, itch and crude touch). Brain stem regulates the central nervous system, and is pivotal in maintaining consciousness and regulating the sleep cycle. The brain stem has many basic functions including heart rate, breathing, sleeping and eating.
Clinical application
1.Schizophrenia
Researchers have noted that an increase in ventricular size is apparent in many people with schizophrenia. In schizophrenia increased ventricle size is most likely related to neurodevelopmental factors; that is, the brain around the ventricles has failed to develop, and the ventricles have enlarged to fill the empty face.
Other biologic differences found in people with schizophrenia include a decrease in cerebral blood flow, particularly in the prefrontal areas of the cortex. Imaging technologies that tracks blood flow and glucose metabolism has substantiated this physiologic change. These brain changes result in a decline in frontal cognitive functions, such as organizing, planning, learning, problem solving and critical thinking. Another biological theory (dopamine hypothesis), it is caused by alterations of dopamine levels in the brain.
2.Depression
Decreased amounts of norepinephrine and serotonin, two important brain neurotransmitters, are thought to play a role in depression. Some researchers have found evidence for the involvement of acetylcholine, dopamine, and GABA. The receptor, thyroid, hypothalamic, and pituitary has a role in depression.
3.Anxiety
Research has indicated that drugs that activate GABA receptors, causing an inhibitory effect, can calm anxious patients. Other neurotransmitters, such as norepinephrine, epinephrine, dopamine, and serotonin might also have roles in anxiety.
4.Dementias
Alzheimer's disease is caused by brain atrophy, which has been demonstrated microscopically as neurofibrillary tangles and amyloid plaques. Patients with AD tend to have enlarged ventricles, narrowing of the cortical ribbon (gray matter), widening of the sulci, and decrease in the width of the gyri. Furthermore, a loss of cholinergic pathways is found in patients with AD, contributing to memory problems.
5.Degenerative diseases
Parkinson's disease is an example of a degenerative disease that affects both motor function and emotional stability. In Parkinson's, microscopic examination of the basal ganglia, specifically the caudate nucleus and globus pallidus, reveals degenerative changes. The decreased availability of dopamine which is synthesized by the substantia nigra leads to EPS.
6.Demyelinating diseases
In Multiple sclerosis both the myelin and eventually the axons break down. The degeneration of myelin causes various problems, including loss of sensation, muscle weakness, fatigue, double vision, and tingling in the extremities. People with Multiple sclerosis also experience psychological symptoms.
7.Anorexia Nervosa
It appears to be associated with hypothalamic dysfunction.
References:
l . Stuart G W, Laraia M T; Principles and practice of Psychiatry Nursing; 7th edition; Harcourt Pvt Ltd:India.
2.Chaurasia B D; Anatomy Regional and Applied; 3rd edition; volume 3; CBS Publishers: New Delhi, India.
3.Fortinash K M, Worret P A H; Psychiatry Mental Health Nursing; 4th edition; Mosby Elsevier: USA.
4.Keltner NL, Schwecke LH, Bostrom CE. Psychiatric Nursing. 5th ed. Mosby Elsevier: USA.

Find The Other Introduction of Psychiatry Notes Here Click Me