Complementary and Alternative Therapies in psychiatry

0 0 Govind Soni Sunday, June 04, 2017 Edit this post
COMPLEMENTARY AND ALTERNATIVE THERAPIES IN PSYCHIATRY
National Centre for Complementary and Alternative Medicine (NCCAM)
In India, it is Indian Board for Alternative Medicine (IBAM).
IBAM- A Internationally Recognized Government Institution of CAM providing world-wide research in the field of complementary and alternative medicines.
1.CAM: - Group of diverse medical and healthcare systems, practices, and products that are not presently considered to be part of conventional medicine.
2.Complementary medicine: - It is used together with conventional medicine.
3.Alternative medicine: - It is used in place of conventional medicine.
4.Integrative medicine: - It combines mainstream medical therapies and CAM therapies for which there is some high-quality scientific evidence of safety and effectiveness.
NCCAM classifies CAM therapies into:
Alternative Medical Systems: - Built upon complete systems of theory and practice. Examples Ayurveda, Homeopathy, Acupuncture and Chinese medicine.
Mind-Body Interventions: - Techniques designed to enhance the minds capacity to affect bodily function and symptoms. Examples - Meditation, Spirituality, Creative therapies.
Biologically Based Therapies: - Substances found in nature are used. Examples- Dietary supplements, Herbal products, vitamins.
Manipulative and Body based methods: - Based on manipulation and/or movement of one or more parts of the body. Examples- Yoga, Massage.
Energy Therapies: - Involves the use of energy fields. Two types:
a)Bio field therapies: - Qigong, Reiki, Therapeutic Touch.
b)Bio electromagnetic therapies- pulsed fields, magnetic fields, or alternating-current or directcurrent fields.

·         5000 year old Indian system of healing.
·         Derived from Vedic concepts of health and healing
·         Charaka Samhita is important compilation.
·         Focuses on prevention of illness rather than treatment.
Causes-
·         Improper diet,
·         Actions committed in this birth,
·         Bad deeds done in the last birth,
·         Physical illnesses and overindulgence,
·         Severe mental or physical stress,
·         Un favourable -personal, familial and social environment
Mental Disorders described in Ayurveda-
·         Unmada - Insanity,
·         Apasmara- Epilepsy,
·         Avasada- Depression,
·         Chittoo-Udvega- Anxiety neurosis,
·         Manasa Mandata- Mental Retardation,
·         Atatva abhinevisha- Obsessive Disorders,
·         Madatyaya - Intoxication.
ü  Describes three guna of Mind (manas) → Satwa , Raja &Tama.
ü  Disease is due to imbalance of the tamas or rajas in the mind.
ü  Rajas and Tamas are termed as Doshas of mind. Tridosha- Vata, Pitta and Kapha.
ü  They literally mean the darkness and brightness of the mind or negative thoughts in the mind.
ü  These impurities or imbalances are called doshas.
ü  It concentrates on the aspect of mind, body and soul and thus moulds the treating process combining both mind and body.
ü  It declares that health is the result of pure body, happy soul and selfless mind. 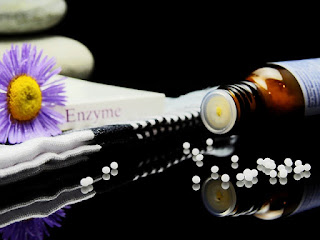 Developed in Germany by Samuel Hahnemann at the end of the 18th century.
Three unconventional theories:
·         Like cures like- disease can be cured by a substance that produces similar symptoms in healthy people.
·         Law of minimum dose- lower dose of medication, has greater effectiveness.
·         Remedies are effective when they are selected on the total characteristic set of symptoms, not just those of the disease.
·         Remedies are derived from plants, minerals, or animals, such as red onion, arnica, crushed whole bees, white arsenic, poison ivy, belladonna.
·         Formulated as sugar pellets.
·         Widely used to self-treat generalized anxiety and other anxiety symptoms.
·         Case reports of homeopathic remedies in PTSD, social phobia, panic disorder, and OCD wcrc  published. However, findings of placebo-controlled studies were negative or equivocal.
·         There is no uniform prescribing standard for practitioners.
ACUPUNCTURE
·         It is an ancient Chinese treatment & central to Traditional Chinese Medicine (TCM).
·         TCM promotes a holistic, energy-based approach to well-being, as opposed to the diseaseoriented approach of Western medicine.
·         Acupuncture incorporates use of ultra-fine needles, inserted into specific points on the skin  (acupoints).
·         Concept- The bodys energy/ Qi, flows along series of points called meridians. Each of thc  internal organs has a corresponding meridian, and applying pressure, heat or needles to relevant acupoints is believed to influence each of the internal organs and harmonize the bodys Qi.
·         Exact mechanism is unclear.
·         Research shows that it results in local and systemic effects, such as an increased releasc of pituitary beta-endorphins and ACTH. 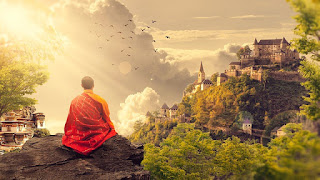 ·         It is a psychological state of active passivity and creative quiescence.
·         Meditator purposefully and nonjudgmentally pays attention to the present moment.
·         Focus is on the process, or flow of psychic content, rather than on the content itself.
·         There are many types of meditation, most have originated in ancient religious and spiritual traditions.
·         Meditator generally uses certain techniques, such as a specific posture, focused attention, and an open attitude toward distractions.
·         Two common forms- Mindfulness meditation and Transcendental meditation (TM).
·         Mindfulness- essential component of Buddhism.
·         The meditator is taught to bring attention to the sensation of the flow of the breath in and out of the body.
·         Helps the meditator learn to experience thoughts and emotions in normal life with greater balance and acceptance.
Other physiological effects include
·         ↓Oxygen consumption,
·         ↓Respiratory rate,
·         ↓BP,
·         EEG changes associated with decreased autonomic arousal.
SPIRITUALITY
·         Religion: - Organized system of beliefs, practices, rituals, and symbols designed to facilitate closeness to the sacred or transcendent.
·         Spirituality: - Personal quest for understanding answers to the ultimate questions about life.
·         In medieval ages most mental disorders were considered as witchcraft or demonic possession, when natural causes was not considered to mental disorders.
·         Most of the Physicians like Charcot, Maudslay, Sigmond Freud, Albert Ellis had anti religious stance based on their personal experiences. 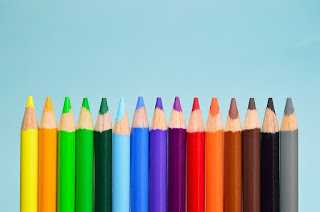 Def: - It is based on the premise that when someone works creatively under the guidance of a qualified therapist, they become more expressive and communicative.
Music therapy: - It is use of music to accomplish individualized goals within a therapeutic relationship by a professional.
Art therapy: - It is a mental health profession who uses the creative process of art making to improve and enhance the physical, mental, and emotional wellbeing of individual.
Drama therapy: - It is the intentional use of drama and/or theatre processes to achieve therapeutic goals.
Dancc therapy: - The psychotherapeutic use of movement to further thc emotional, cognitive, physical and social integration of the individual.
Others- Poetry therapy, Play therapy, Sand-play therapy, Multi-modal therapy.
Compared to others they have-
·         Self expression,
·         Active participation,
·         Imagination,
·         Mind body connections.
Music therapy is the most widely researched modality, because physiological and behavioural reactions to music can be quantified. 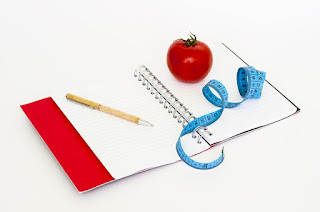 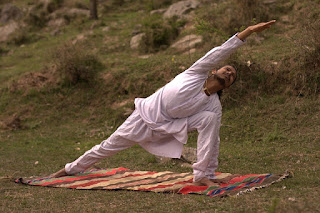 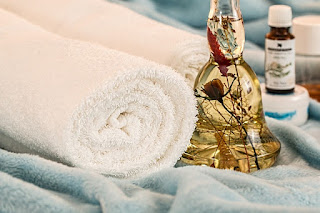 ·         Def- The manipulation of the soft tissue of the body to bring about generalised improvements in health.
·         Variety of strokes- effleurage, petrissage and kneading.
·         Touch- thought to be therapeutic in those with less physical contact like those without intimate friends or family or who have painful physical conditions.
·         Different ways- Lower stress, Increase immune function, Boost mental health and wellness,  Manage pain and Improve physical fitness.
·         Increasingly being used as supplement to pharmacotherapy to counteract anxiety, agitated behaviour, and depression. 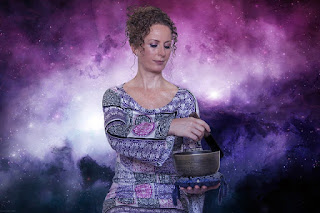 ·         Provides healing energy to recharge and rebalance the human energy fields, creating optimal conditions needed by the bodys natural healing system.
·         Japanese term for universal life energy,.
·         Originated thousands of years ago in Tibet and re-established in the 180s.
·         Administered through a gentle lying of hands.
·         Practitioner maintains a meditative presence and allows the Reiki energy to flow to where the patient needs it.
TAI CHI 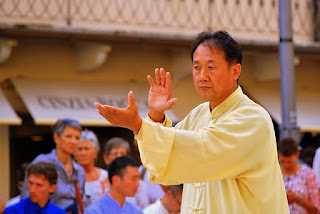 Why people use Complementary and Alternative therapies?
Three theories have been proposed to explain the use of CAM
1. Dissatisfaction: - Dissatisfied with conventional treatment because it has been ineffective, has produced adverse effects, or too costly.
2.Need for personal contact: - They see them less authoritarian, more empowering, offering them offer personal autonomy over their health care decisions.
3-Philosophical congruence: - More attractable because they are seen as more compatible with patients values, spiritual/ religious philosophy, or beliefs.